Jerry has been with us for 10 years, find out about how he got into the insurance industry and how he has spent the last decade working at Folgate. 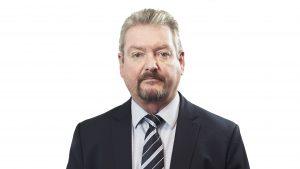 Current position and what you do?

As Regulatory and Technical Manager, I am responsible for ensuring that our Binding Authorities and our open market placements which are placed within the London Market meet local regulatory requirements, in particular those required to meet Lloyd’s and the London Market standard.

Having been involved in insurance since 1976 I have seen many changes in practice over the years, the world is very much different now than it was back then.

My technical experience helps considerably when addressing some of the challenges encountered by our Underwriters and London Market Brokers. I also manage our Agency Agreement issues as well as undertake our internal underwriting, claims and London Market broking audits.

Time spent at the company

I have been with the Company for 10 years now, initially for over two months a long commute into London from the South East coast and then back out to Chadwell Heath, Romford, now it is a far simpler and faster commute by High Speed train into London St Pancras International. The company hasn’t expanded too greatly so it maintains it’s family feel.

How did you get into the industry?

Having moved from London down to Broadstairs I had to repeat my 4th year (now referred to as my 10th year) due to the complete change in maths syllabus, I remained at school to do my A levels leaving at what would now be my 14th Year due to the extra year !

Rather than going to University or the like, the best option at that time was to start at the bottom of the ladder in full time employment. At that time I was working as a second chef in a Holiday Hotel & Restaurant in Broadstairs but due to the prospects it seemed better to get in London using my Maths and Physics background gained from my A Levels, an Accounts job for a Lloyd’s Broker London seemed to be the best place to start and progress from there.

The variety and differing challenges

Random fact about yourself

Having been a second chef for some years I have a passion for cooking and have a pretty swanky large kitchen where I cook for the family an achievement in itself catering for four menus, adventurous adult eaters, fussy plain adult eaters, vegans and toddlers.

Who are you outside of work?

I enjoy being with my family, especially my little four year old son, watching football and socialising particularly if catering for the family Dinner or BBQ’s